Ye Zindagi from Most Eligible Bachelor is an instant hit
Published on Apr 5, 2021 5:06 pm IST 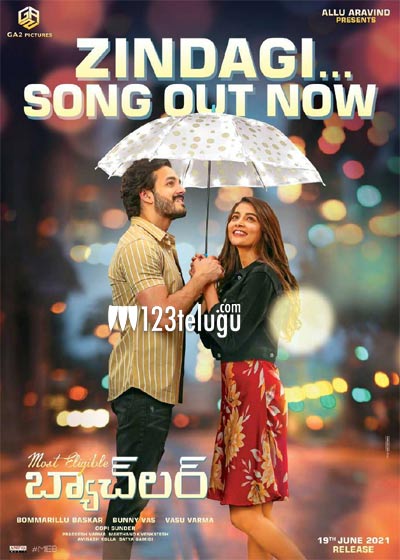 It is a known fact that Akhil is doing a film called Most Eligible Bachelor in the direction of Bommarillu Bhaskar. The songs of the film have caught on quite well and today, the makers revealed one more melody called Ye Zindagi.

The song sounds cool as Gopi Sundar composes a quirky tune that hits you instantly. Sung by the social media sensation Haniya Nafisa, this song has amazing lyrics and groovy beats.

Both Pooja Hegde and Akhil look cute together in this song which has some amazing lyrics. The film is a romantic drama and has some noted actors doing key roles.

Allu Aravind presents the film. For now, here is one more hit song creating a good hype for the film.