Yer another heroine to join Janhvi in Vijay Devarakonda-Puri film
Published on Dec 22, 2019 3:01 am IST 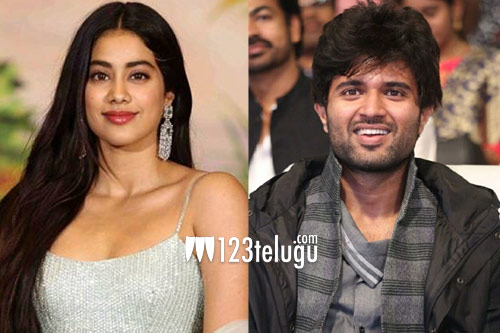 By now everyone knows that Vijay Devarakonda will soon do a film in the direction of Puri Jagan and the film has been titled Fighter. The film will also mark the debut of Vijay in Bollywood.

Janhvi Kapoor is the heroine of the film and she has been recently confirmed. But the sources close to us have also revealed that there will be another heroine from Bollywood who will be seen as the second lead.

Puri and Charmee have already camped in Mumbai and are busy locking the other star cast of the film. It will be interesting to see who will be this heroine to romance Vijay in this boxing based film.