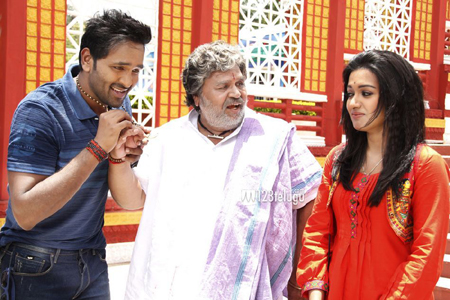 Dasari Narayan Rao’s Yerra Bassu is fast completing its shoot. Escept for one song, the entire film has been wrapped up. The romantic song will be shot in Aruku from October 9th onwards.

This movie has Vishnu playing the lead and Dasari himself plays a crucial role in this film. Catherine Teresa is the heroine for this film which is a remake of the Tamil film Manjapai. Chakri is scoring the music for this film.