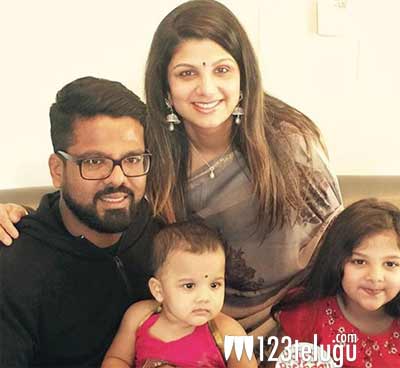 Former heroine Rambha has been blessed with a baby boy. The actress’ husband Indrakumar Pathmanathan revealed via an Instagram post that he and Rambha have welcomed their son on September 23 in Toronto, Canada.

Rambha married Indrakumar in April, 2010. The couple already has two daughters named Laanya and Sasha. Ever since her marriage, Rambha has been living in Toronto, Canada. In Telugu, Rambha was last seen in the 2008 film, Donga Sachinollu.

123telugu.com wishes Rambha and her family on the arrival of their new bundle of joy.