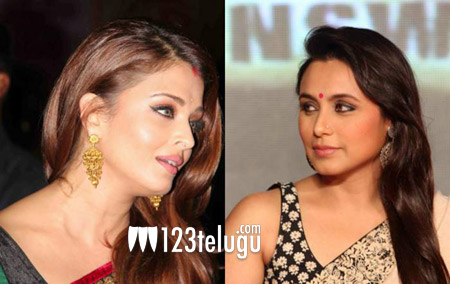 It was a huge news during the early 2000’s that star actresses Rani Mukherjee and Aishwarya Rai broke their close friendship because of Aishwarya Rai’s wedding to Abhishek Bachchan.

Both Rani Mukherjee and Abhishek Bachchan were dating each other but things changed suddenly as Ash came into the picture and a year later, Abhishek married her. This lead to a war among these heroine’s who had a huge fight and became enemies thereafter.

Event till recently, they have not seen eye to eye. But Aishwarya Rai’s father’s death changed everything as Rani Mukherjee took upon herself and visited Aishwarya at her home.

Reports suggest that both these stars let bygones be and ended their old feud. Well, a small gesture by Rani has changed everything between the friends and how good is that.