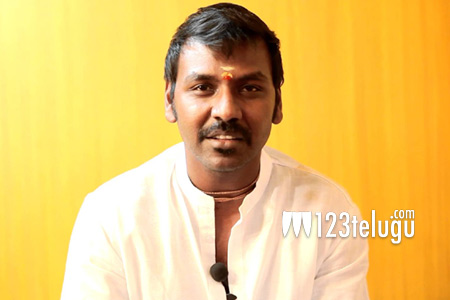 We all know what a bundle of talent Lawrence is. He is a hot sensation in Tamil and is currently gearing up for the release of his latest film Motta Shiva Ketta Shiva which is the remake of the Telugu super hit Pataas.

Latest update from Chennai reveals that Lawrence has crooned for a rocking number in the music direction of Amresh Ganesh. The song has already been recorded and reports suggest that Lawrence has done a wonderful job.

R B Chowdary is producing this hilarious entertainer and Sai Ramani is the director. Nikki Garlani plays the female lead in this film which will have Lawrence in a unique get up. Satyaraj reprises Sai Kumar’s role in the film.