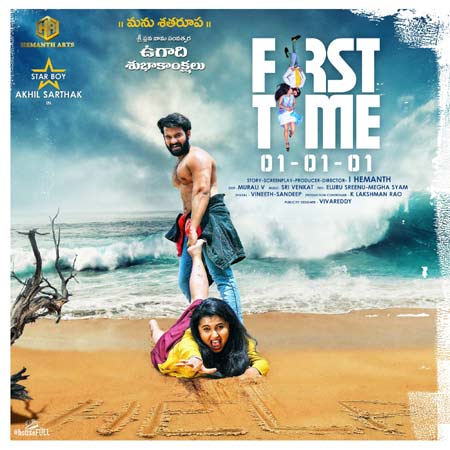 Akhil Sarthak’s debut film as a hero is titled First Time. Touted as a romantic adventurous entertainer, First Time also features young Kollywood actress Anicka Vikhraman playing the female lead. The film will be going on floors in August and the entire shoot will take place on the Apparakonda Beach in Karnataka in a single schedule. Debutant Hemanth is directing and producing the movie.