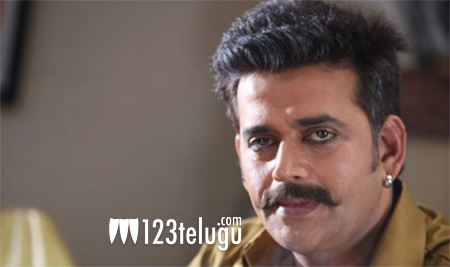 Sye Raa, Megastar Chiranjeevi’s highly-anticipated period biopic on freedom fighter Uyyalawada Narasimhareddy, already features a long list of actors from Bollywood, Kollywood and others film industries. As per the latest updates, Bollywood actor Ravi Kissen, who shot to fame with Race Gurram, has been roped in for a crucial role in this magnum opus.

Apparently, Ravi Kissen plays the role of a village-head who opposes to join hands with Uyyalawada Narasimhareddy in his revolt against the British. Key scenes featuring Ravi Kissen and other actors were shot recently.