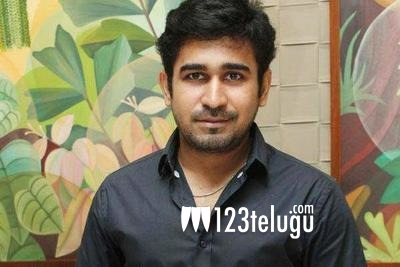 Tamil actor Vijay Antony’s forthcoming flick, Indrasena, is scheduled for a November 30th release along with its Tamil version, Annadurai. The film’s audio release event will be held on November 15th in Chennai.