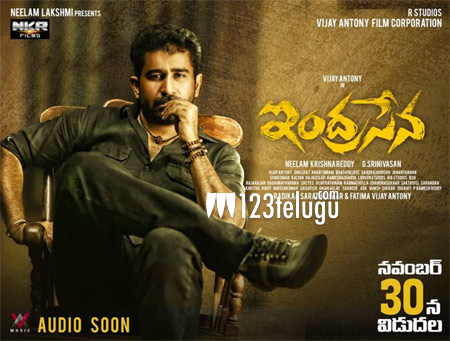 After the major controversy on GST dialogues in Tamil hero Vijay’s latest outing, Mersal, yet another film titled Indrasena is facing the same problems from the censor board. Indrasena has Bichagadu hero Vijay Antony as the main lead.

Going into details, Indrasena has a song which goes like ‘GST La Nuvee Vachi Entha Pani Chesthive’. The censor board has raised objection to these lines and asked the makers to replace them with alternavtive lyrics. As the markers are left with no option, they’re planning to replace the word GST with EMI.

The film is titled Annadurai in Tamil. Both the versions are gearing up for a simultaneous release on November 30th. Debutant Srinivasan is the film’s director. Vijay Antony Film Corporation and Radhika’s R Studios have bankrolled the movie jointly.