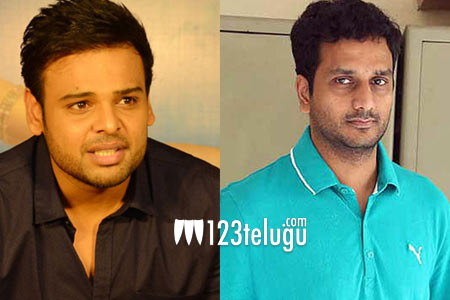 Young hero Nawin Vijay Krishna, who impressed everyone with a decent performance in his debut film Nandini Nursing Home, is currently busy working on his second project, Vithalacharya. The film also has Nawin’s father and senior actor Naresh in an important role.

Now, the latest we hear is that Nawin has recently signed yet another project under debutant Balaji Sanala’s direction. The film also stars popular actor Srinivas Avasarala in one of the lead roles.

Keep watching 123telugu for more exclusive updates regarding this project.