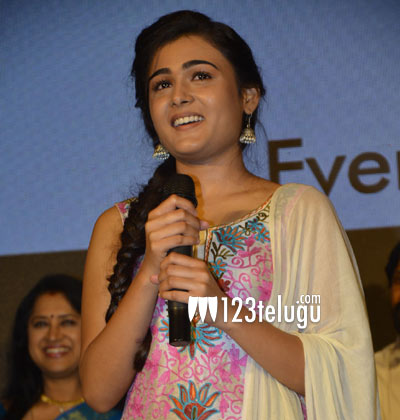 Of late, most of the North and South Indian actresses have been putting in extra efforts to learn Telugu. Some actresses even went on to dub for their roles. Now, Shalini Pandey, who is making her Tollywood debut with Arjun Reddy, is all set to dub for her role in the movie.

Shalini hails from Jabalpur, Madhya Pradesh. She comes from a theatre background and she is quite excited about dubbing her lines in Telugu. In the movie, Shalini plays a medico from Mangalore. Apparently, it was the film’s director Sandeep Reddy who wanted Shalini to dub for herself. Arjun Reddy, also starring Vijay Deverakonda, is releasing on August 25.