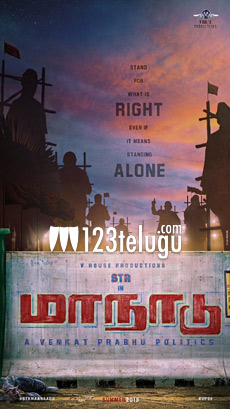 Keerthy Suresh is rumored to be the leading lady Maanaadu. V House Productions is bankrolling the movie.