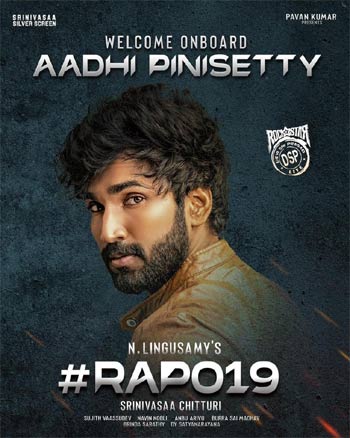 It is a known fact that Ram is doing a film in the direction of Linguswamy. The shooting of the film is on in Chennai as of now and today, the makers made a special announcement.

The makers confirmed that Aadhi Pinishetty will be playing a key role in this film. The news is that he will be seen as the villain in the film. We’ve already seen Aadhi’s phenomenal performance as a super stylish villain in Sarrainodu & extraordinary roles in Rangasthalam, Ninnu Kori & U-Turn.