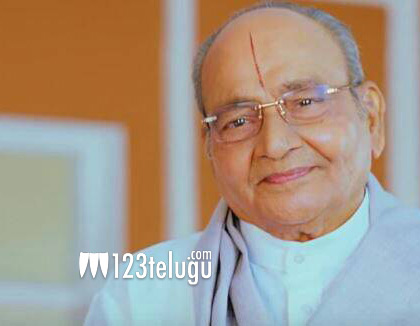 It is known that Indian government had announced the prestigious Dadasaheb Phalke award to our legendary director K. Vishwanath for his incredible services to Indian cinema.

Now, the news is that Indian government will allow K.Vishwanath to speak a few words and share his experiences after receiving the award which is a first of it’s kind for any National award winner in India.

The award ceremony is expected to be held soon in Delhi in the presence of President of India.