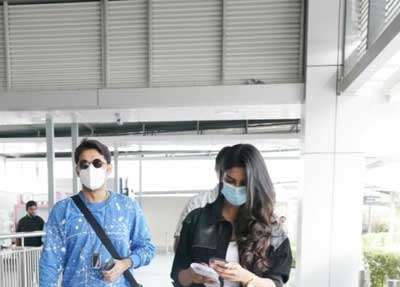 Post his wedding, Nithin has been working back to back to complete shi pending films. Now that major shoots of his two films, Rang De and Check have been completed, Nithin has decided to take a break.

The news is that Nithin has left for Dubai along with his wife for a small vacation. Nithin has planned this for a long time but things did not happen due to the lockdown. Now that things are clear, he is off to Dubai.

Once he is back, Nithin will start shooting for his new film that will be the remake of the hit Hindi film Andha Dhun. Merlapaka Gandhi is directing this film which has Tamannah in a key role.