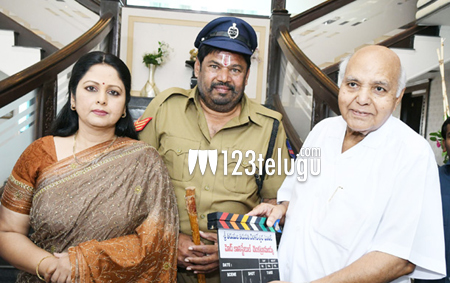 Not only the just released ISM, Puri Jagannadh’s latest directorial venture featuring Kalyanram, which discussed the black money menace in India, but yet another Telugu film is also going to showcase the cause and effects of black money.

Firebrand actor and People’s Star R Narayanamurthy’s latest film, Head Constable Venkatramaiah, will discuss the black money issue and how the middle-class Indian families are wrecked due to black money. The movie will also give a strong message that all the financial transactions must be done through banks only.

This film will feature Jayasudha as R Narayanamurthy’s wife. Chadalavada Srinivasa Rao is directing this film.