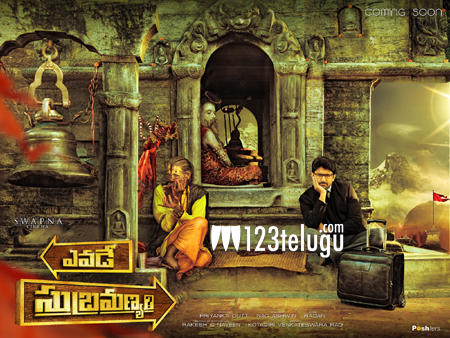 ‘Yevade Subramanyam’, Nani’s upcoming film in the direction of debutante Nag Aswin, will undergo the censor formalities today. The film is a tale of three youths set in the backdrop of an Himalayan expedition. The film will be releasing on the 21st March as an Ugadi treat.

‘Yevade Subramanyam’ is a crucial film for Nani since his last few films were disappointing ventures. The makers are promoting the film quite aggressively and the audio composed by Radhan has become a hit among the youngsters, ensuring a positive buzz before the release.

Malavika Nair is the film’s leading lady and Priyanka Dutt, daughter of senior producer Ashwini Dutt, is producing the film.