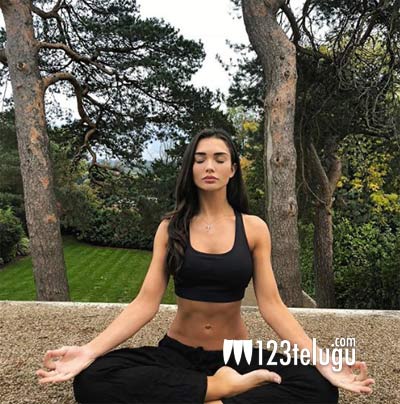 Amy Jackson is one of the fittest actresses in showbiz today, and by her own admission, she has become completely obsessed with yoga and meditation. The actress, who will soon be seen in Shankar’s 2.0, has credited a London based yoga guru, Charlie Stewart for introducing her to yoga.

Revealing that yoga and meditation has become part of her daily morning routine, Amy Jackson said that Charlie has helped her transport into another dimension with only one session.

Of late, the actress has been travelling all over Europe attending fashion shows, among many other things. It remains to be seen what her next big project is going to be.

My morning routine 🙌🏽 @indiv_yoga thankyou for introducing me to a whole new world of yoga and meditation. You transported me to another dimension in only one session ✨🙏🏼 Unleash the power of your mind ✨🙏🏼