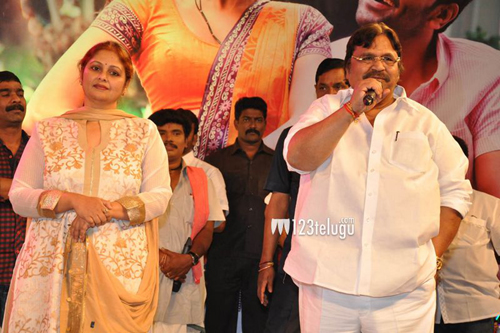 Director Dasari Narayana Rao says that Vishnu Manchu is going to make a strong impact with his next movie ‘Erra Bus’. The film is a family entertainer with a good sentiment angle and lot of emotions in it.

‘Erra Bus’ is a remake of a successful Tamil movie and Catherine Tresa will be seen as the heroine opposite Vishnu, with music from Chakri.