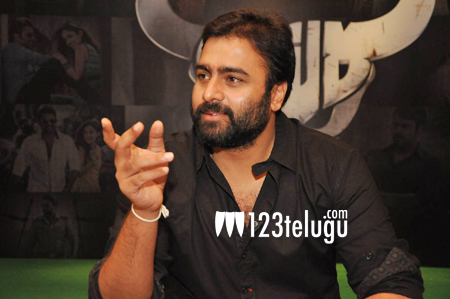 Dynamic actor Nara Rohit is on cloud nine these days, as he has a number of films lined up for release and is also bagging numerous roles in big projects. Right from his debut film ‘Banam’, Rohit manages to rule the heart of the masses with his dynamic looks and creative content films.

His films Banam, Solo, Prathinidhi and Rowdy Fellow have acclaimed critical appreciation though they failed to do well at the box office. Rohit’s latest offering Asura won huge applause and is also striking gold at the box office.

Rohit has three films in his kitty, which are gearing up for release this year. The shooting of Sankara, Pandagala Vachadu and Appatlo Okadundevadu are currently progressing at a brisk pace and the actor is also busy with his home production ventures. Rohit is Tollywood’s only actor with multiple releases in 2015 and with these consecutive releases, Rohit created a unique record for himself in tinsel town.