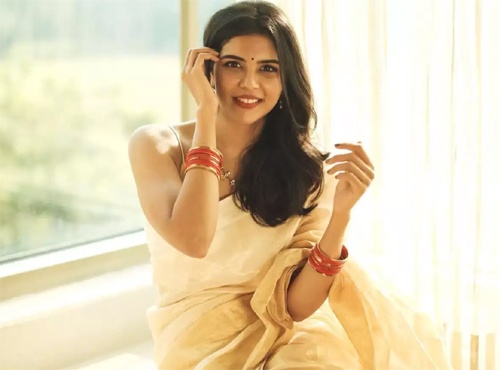 Malayalam actress Kalyani Priyadarshan is well known to Telugu movie lovers through her films like Hello, Chitralahari and Ranarangam. The young beauty currently has a couple of Tamil and Malayalam projects in her kitty. Very soon, Kalyani will be making her Bollywood debut with a yet-to-be-announced biggie.

It is known that Kalyani’s father Priyadarshan is a popular filmmaker in Bollywood. He directed super hit comedy entertainers like Hera Pheri, Hungama, Bhool Bhulaiyaa, Hungama 2 and Malamaal Weekly to name a few. Priyan shares a good rapport with several Bollywood stars and leading production house in Mumbai and he could have helped his daughter land a crazy project for her debut

But, Kalyani wanted to prove her mettle by bagging a Hindi project on her own. Not many are aware that Kalyani pursued a Bachelor’s degree in Architecture Designing from New York. Before she made her acting debut, Kalyani worked as an assistant production designer on big budget flicks like Hrithik Roshan’s Krrish 3 and Vikram’s Iru Mugan.