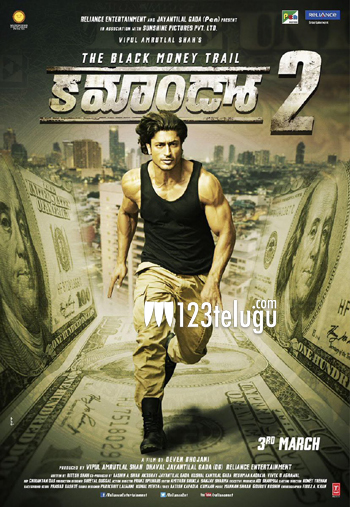 Following the success of Kshanam, actress Adah Sharma has not signed a Telugu film and got busy in Bollywood and Kollywood. Very soon, Adah’s forthcoming Bollywood action thriller, Commando 2, will be releasing in Telugu with the same title.

In the original, Adah will be seen as a Telugu girl named Bhavana Reddy from Hyderabad. Commando 2 will be simultaneously releasing in Hindi, Tamil and Telugu on March 3rd. Deven Bhojani has directed this movie.