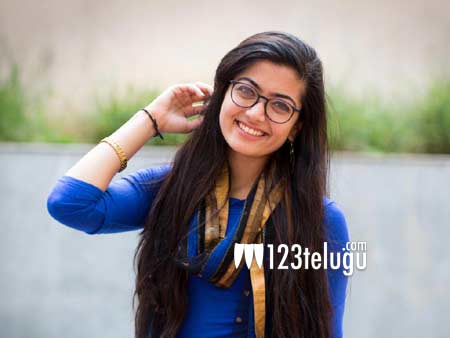 For the past few days, Kannada film industry is abuzz with rumours that Rashmika Mandanna, who shot to fame with Kirik Party, and her co-star Rakshit Shetty were in love with each other. In fact, Rakshit Shetty, who’s also a popular director, confessed that it’s too early to talk about their relationship when he was quizzed recently.

Incidentally, now, Rashmika herself confessed that she’s in love with Rakshit and dropped hints that her family has accepted Rakshit as one of their own. In her Facebook page, referring to Rakshit, Rashmika said, “Happiest birthday to one of the most humblest human beings I’ve ever met..people love you even without you trying..and my parents are a few of those people ..welcome to the small family of ours..😊.”

Rashmika will soon make her debut alongside Naga Shaurya and she has also signed another film with Ram.