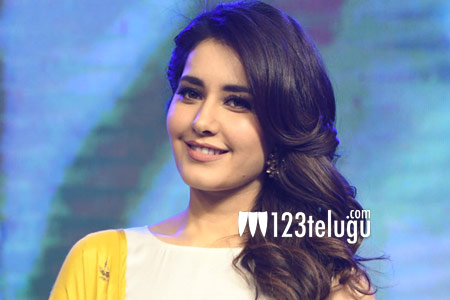 Apart being one of the most sought-after heroines in the young generation, ravishing beauty Raashi Khanna has also proved her mettle as a playback singer. The actress had earlier crooned a couple of songs in her movies, Joru and her recently released Malayalam debut movie, Villain.

Now, Raashi Khanna has sung a peppy number in young Mega hero Sai Dharam Tej’s upcoming social drama, Jawaan. The film’s music has been composed by Thaman. And, speaking at the audio launch event of Nara Rohit’s Balakrishnudu tonight, Raashi revealed that she sang a song in the movie under Manisharma’s composition.