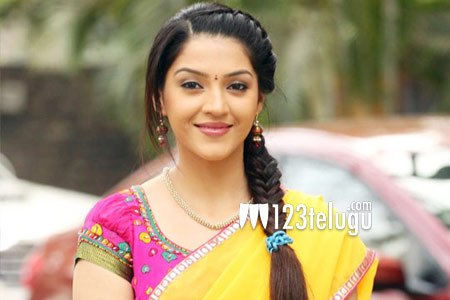 Mehreen, who impressed quite a few with her performance in Krishna Gaadi Veera Prema Gaadha, is all set to make her Bollywood debut in an upcoming film titled ‘Philauri’. Produced by Anushka Sharma, the film narrates the story of a ghost whose unique love story breaks all barriers.

In the film, Mehreen plays a young bride, whose wedding sets the stage for the ghost to enter into the hero’s life. The actress shot for the film last year and she is extremely excited that Anushka Sharma and the team chose her from scores of new actresses who were competing for the same role.

Moreover, Mehreen has made it quite obvious that she looks up to Anushka as her inspiration and the fact that she’s launching her in Bollywood has strengthened their bond. The film is going to release later this month and it will be interesting to see how Mehreen pulls off her role. In Telugu, she has four films lined up and is one of the most sought after actresses today.