Young Actress Excited About Her Next Multi-starrer
Published on May 1, 2018 2:50 am IST 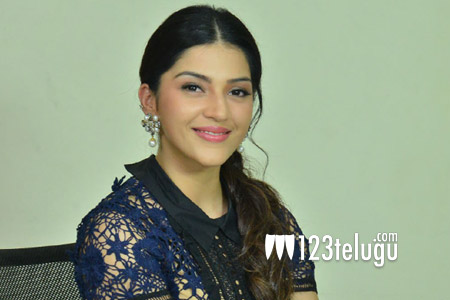 After acting in a string of films in the last couple of years, Mehreen is being careful about choosing her next set of films. While she will be seen in Pantham later this summer, the actress is thrilled to team up with director Anil Ravipudi once again after Raja The Great. The film titled, F2 – Fun & Frustration, has Venkatesh, Varun Tej, Tamannaah, and Mehreen in lead roles.

Talking about the role, Mehreen said, “Ever since I heard the script from Anil, I have been eagerly waiting to share screen space with the rest of the team. I am indebted to Anil Ravipudi who offered me this role after he showed faith in me for Raja The Great. The role I am playing in the film is an extension of my real life personality and I could relate a lot to it.”

Apart from this film, Mehreen will also be seen in Anand Shankar’s bilingual film NOTA in which she is paired opposite Vijay Devarakonda.