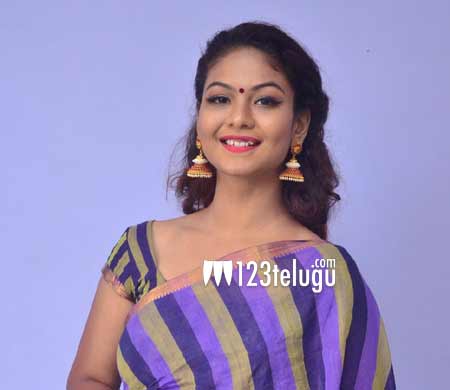 Aditi Myakal, who made her debut in Ami Thumi, got a special tattoo to make her debut all the more memorable. Directed by Mohan Krishna Indraganti, Aditi playing Srinivas Avasarala’s romantic interest in this romantic comedy.

As a symbol of great beginning, Aditi got the film’s release date imprinted on her body as a tattoo and she even shared the picture on Twitter. “9th June 2017 ❤️ Ami thumi 🙂 Striking off few of my wishes from my bucket list ❤️,” Aditi posted.

This, surely, is a first of its kind tattoo, but then there’s always a first time for everything. The film did quite well in theatres and it raked in good moolah at the box-office.