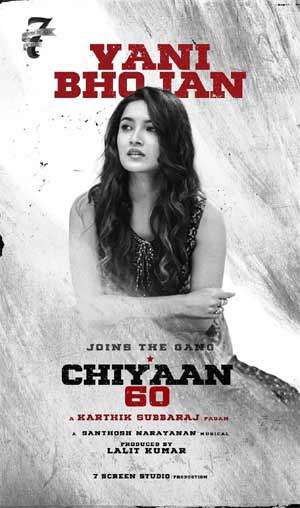 The much-awaited multi-starrer featuring Tamil star Chiyaan Vikram and his son Dhruv Vikram was launched a couple of days ago in Chennai. Acclaimed Kollywood director Karthik Subbaraj is helming this crazy project.

According to the latest update from the film’s team, young Tamil actress Vani Bhojan has been roped in as the female lead in the movie. Tentatively titled Vikram60, the film is being produced by Lalit Kumar under 7 Screen Studios banner. Santhosh Narayan is composing the music.