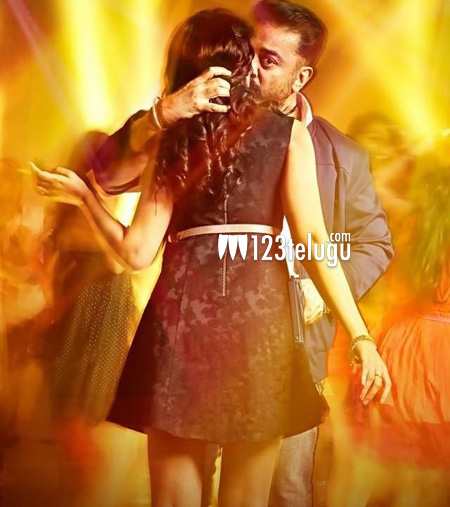 Universal actor Kamal Haasan’s bilingual thriller,Cheekati Rajyam,is currently in its post production phase. Directed by Rajesh M Selva, the film has Trisha Krishnan as the female lead. The film is slated to release during Diwali.

Actress Madhu Shalini, who played a crucial role in the film, showered praises on Kamal Haasan for his dedication and creative thinking while working on the sets. Speaking to a popular media, Madhu Shalini said Kamal Haasan is a perfectionist who has immense knowledge in all the crafts related to film-making. She added that working with such a great actor is a terrific experience for the entire team.