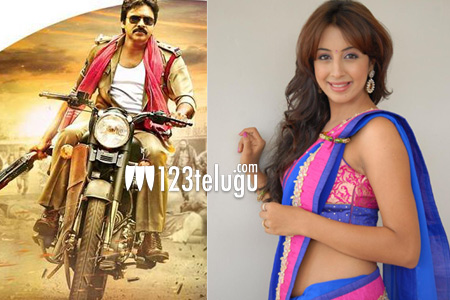 The shooting of Power star Pawan Kalyan’s Sardaar is going on a brisk pace in Gujarat. The film’s main lead, Kajal Aggarwal has already joined the shoot and if the latest reports are to be believed, talented actress, Sanjana has been finalized for a cameo in this action entertainer.

As the script demanded a special character, director Bobby finalized Sanjana to play the part and offered her the role. An official confirmation will soon be made in this regard. Sharrath Marar is producing the film along with Pawan Kalyan Creative Works and Eros International.