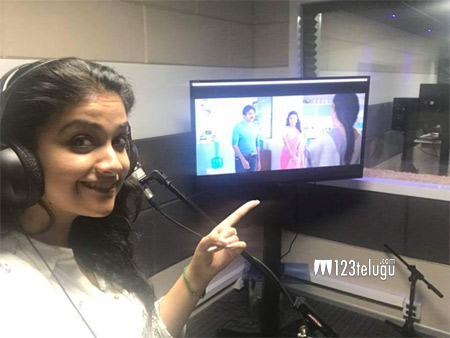 Now, in a pleasant surprise for all her fans, Keerthy announced on Twitter that she is dubbing in Telugu for the first time for Agnatavasi. Keerthy has already wrapped up the dubbing process. Keerthy has a decent following among Telugu audiences thanks to her hit movies, Nenu Sailaja and Nenu Local.