Young beauty to romance Nithiin in Andhadhun remake?
Published on Jun 11, 2020 8:00 am IST 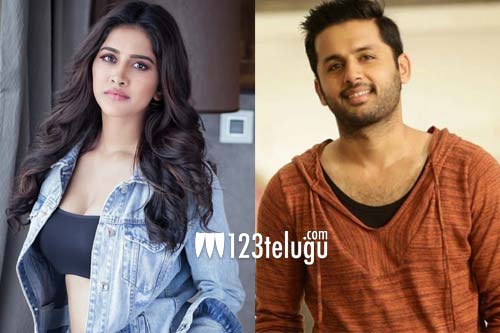 The Telugu remake of the critically acclaimed Bollywood thriller, Andhadhun, has been in the news for the few months. Hero Nithiin will be reprising Ayushmann Khurrana’s national award-winning act in the Telugu version.

Now, the latest reports reveal that iSmart Shankar beauty Nabha Natesh will be playing the female lead opposite Nithiin in this much-awaited remake. Nabha will be playing the role originally portrayed by Radhika Apte. The film will be directed by Merlapaka Gandhi and produced by Nithiin’s father Sudhakar Reddy. More details will be out soon.