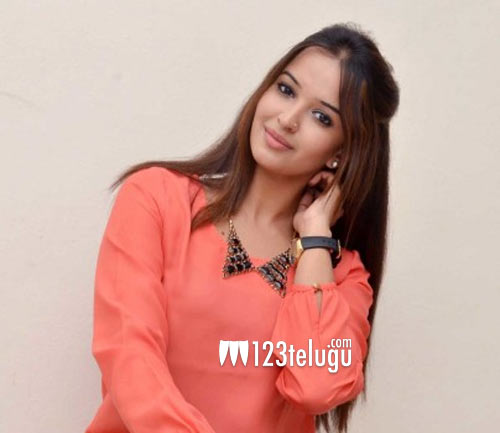 Pawan Kalyan’s period magnum opus, tentatively titled Harihara Veeramallu, is one of the most eagerly awaited Tollywood biggies which will be having a huge pan-India release. Also featuring Bollywood stars Arjun Rampal, Jacqueline Fernandes and Niddhi Agerwal in lead roles, the film is being directed by Krish.

Now, the latest update reveals that young Tollywood actress Pujitha Ponnada has shot for a special song in this crazy project. Apparently, Pujitha will be sharing screen space with Pawan in what is touted as a folk dance number. The shooting was wrapped up a few days ago and Pujitha is quite excited about this short but memorable stint in a Pawan-starrer.

AM Rathnam is bankrolling this high budget action drama set in the Mughal India era. The makers are currently shooting some high voltage action episodes in specially erected sets on the outskirts of Hyderabad. Stay tuned for further updates.