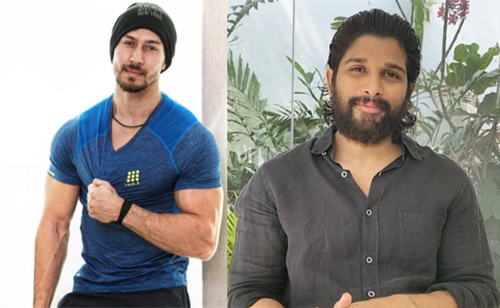 That Allu Arjun is one of the best dancers in the Indian film industry is not an exaggeration. Apart from millions of fans, even several celebrities admire the Stylish Star’s mercurial dance moves.

It’s well known that happening young Bollywood star Tiger Shroff is a fan of Allu Arjun. In a latest ‘Ask me Anything’ session on social media, one Allu Arjun fan asked Tiger Shroff to say a few words about the Tollywood star. Tiger replied saying, “My favourite Tollywood hero. Wish I could move like him.”

In fact, the feeling is mutual, as Allu Arjun had shared a video earlier this year in which his son Allu Ayaan expressed his love for Tiger Shroff.