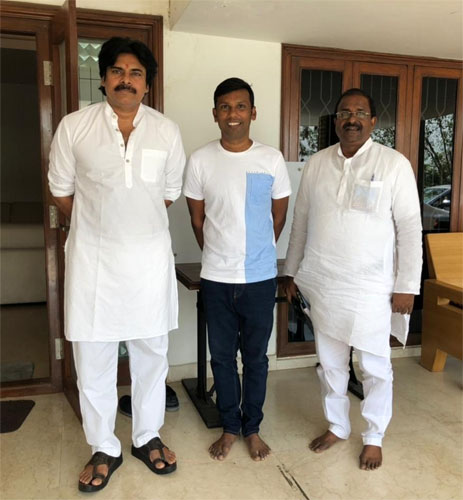 Young actor Bhadram took to his social media pages and posted this special picture this morning. He is seen alongside his father-in-law and AP BJP chief Somu Veerraju and none other than film star turned politician Pawan Kalyan. “Perhaps this is what mountain of strength means,” Bhadram wrote.

Bhadram is a popular comedian in Tollywood. He is known for his rib-tickling comedy in movies such as Bhale Bhale Magadivoi and the recently released Shaadi Mubarak. Besides being an actor, he is also a practicing ayurvedic doctor and environmentalist.