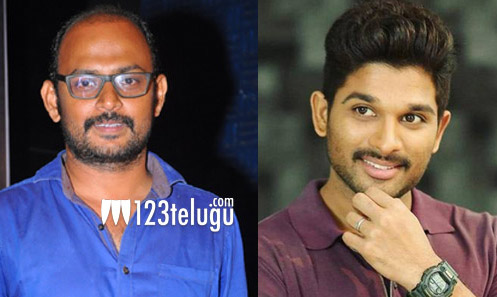 Director V I Anand surprised everyone with the super success of his last film Ekkadi Potavu Chinnavada. Now, he is busy working on yet another film with mega hero Allu Sirish.

The news that has been making waves is that he has narrated a script to Bunny recently. The outcome of this meeting is yet unknown. Bunny, on the other hand, is giving chances to relative newcomers and it will be interesting to see if this project materializes in the future and V I Anand gets a chance to direct a superstar.

Meanwhile, Bunny is busy filming for his new film Na Peru Surya which will be out on the 27th of April 2018.