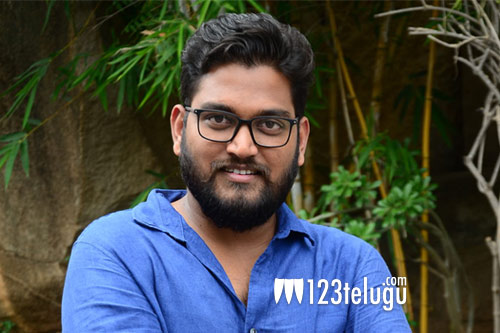 Young actor Raj Tarun is coming up with a romantic comedy entertainer, Stand Up Rahul. Directed by the debutant Santo Mohan Veeranki, the movie has Varsha Bollamma as the female lead.

Today, the makers have released a video promo to reveal that the director, Venkatesh Maha of C/o Kancharapalem movie, is playing a cameo in the movie. The promo has showcased him as a standup comedian.

Bankrolled by Dream Town Productions and HighFive Pictures, the movie also has Venella Kishore, Murali Sharma, Indraja, Devi Prasad, and Madhurima in prominent roles. Sweekar Agasthi is the music director of this movie, which will hit the screens soon.