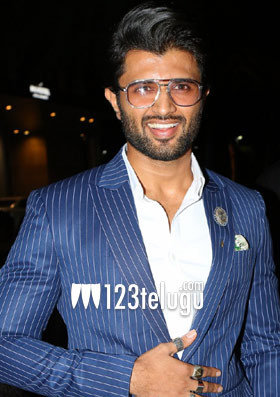 Among the many films Vijay Devarakonda is doing, one is the Tamil project NOTA. The shooting of the film is also halfway through and there has been a good buzz about this project.

We all know that the film is a political thriller and the latest gossip we hear is that Vijay will be seen as a chief minister for the most part of the film. Gnyanavel Raja is producing this film which is a bilingual and will also release in Telugu.

Anand Shankar directs this film which is a satirical based on the current state of politics in Tamil Nadu.