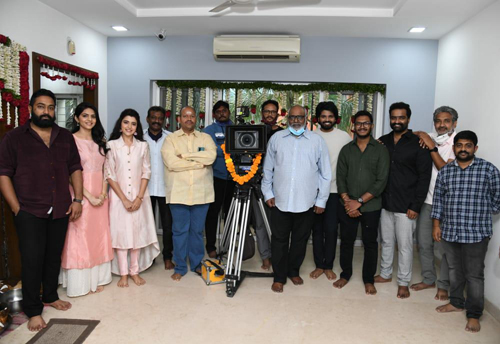 Simha Koduri, the nephew of Rajamouli and son of Keeravani made his debut with the film Mathu Vadalara. The film won decent applause from both the critics and the audience.

After a long gap, Simha has once again started a new film which was launched today in a prestigious manner on the occasion of Dusshera. Rajamouli himself launched the film and gave blessings to the team.

The film will be directed by a debut director named Manikanth Gelli. Touted to be a rom-com, Chitra Shukla and Misha Narang are the heroines in the film. Kaala Bhairava will score the music for this film.