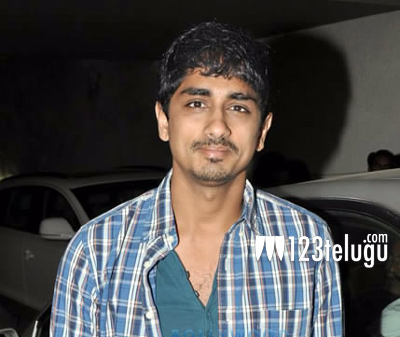 Talented hero, Siddharth has been doing some very interesting films in Tamil from the past few years. He is once again doing a concept based film called Shaitan Ka Bachcha. The latest news is that he has injured himself while shooting for a stunt scene.

Going into details, Sid twisted his ankle while performing a heavy duty stunt which was being filmed in a famous mall in Chennai. The young hero was immediately given first aid and the shoot was halted for a bit.

After taking ample rest, Sid got back to the shoot in spite of the heavy pain. Shaitan Ka Bachcha is directed by Karthik G Krish