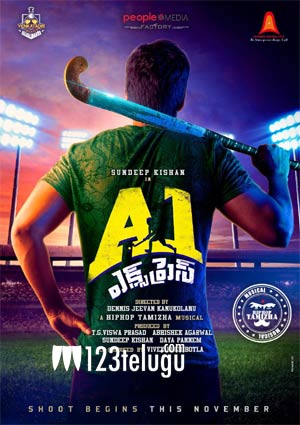 Hero Sundeep Kishan is content with the kind of response his first production venture, Ninu Veedani Needani Nene, received when it released a couple of months ago. Even though the film did not set the box-office on fire, it gave the much-needed respite for Sundeep.

Now, in his next film, titled A1 Express, Sundeep will be seen as a hockey player. Incidentally, this is the first Telugu film to predominantly have hockey backdrop. This film will be directed by debutant Dennis Jeevan Kanukolani and produced jointly by Sundeep Kishan, Abhishek Agarwal and Vivek Kuchibhotla. The regular shoot will commence from November. Hiphop Tamizha will compose the music.