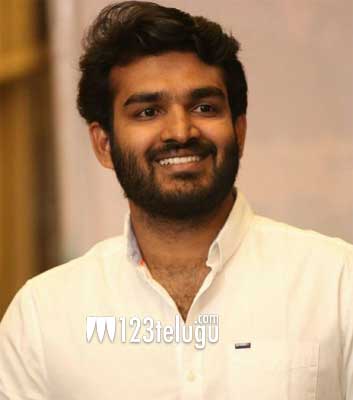 Young hero Kiran Abbavaram successfully transitioned from short films to feature films with Raja Vaaru Rani Garu. His second film, SR Kalyanamamdapam1975, has wrapped up over forty percent of its shoot and and the next schedule is expected to resume very soon.

Yesterday, SR Kalyanamandapam’s makers unveiled the film’s first look poster on Kiran’s birthday. On this occasion, Kiran interacted with the Telugu film media and revealed that apart from playing the main lead in the film, he is also providing the story and dialogues for SR Kalyanamandapam.

The film is a modern story set in Rayalaseema and is about a Kalyanamandapam that was built in the year 1975. Taxiwaala girl Priyanka Jawalkar is the film’s leading lady.