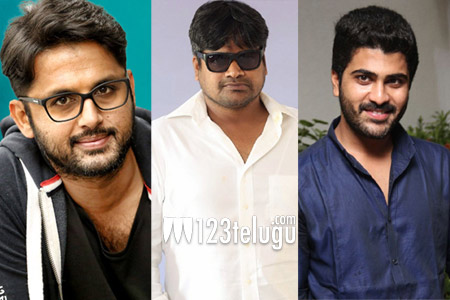 Following the release of Allu Arjun’s Duvvada Jagannadham in summer, director Harish Shankar has been working on his next script, which was touted as a multi-starrer. Names of several heroes in connection with the film made the rounds in the media until recently.

Now, according to the latest reports, Harish Shankar has narrated the script to young heroes Nithiin and Sharwanand recently. Apparently, both the actors were impressed with the story and their characters and have reportedly given their nod to the project. However, we will have to wait to hear the official word from Harish Shankar.