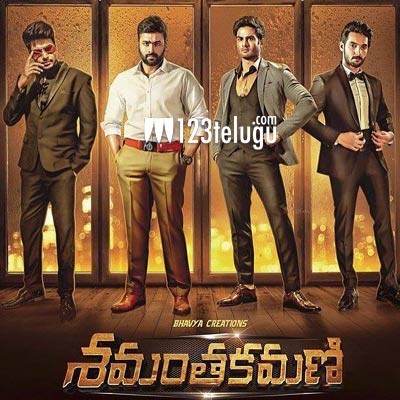 In his latest media interaction, the film’s producer Anand Prasad has said that the entire shooting of Shamanthakamani has been wrapped up and that the movie will be hitting the screens on June 30.

Incidentally, Nara Rohith’s upcoming romantic drama, Kathalo Rajakumari, too, is slated for a June 30th release, and it will be interesting to see if both the films will open in cinemas on the same day.

Meanwhile​, the makers of Shamanthakamani have announced a cool contest in which lucky winners who will guess the film’s teaser release date will be gifted brand new iPhones by the four heroes.