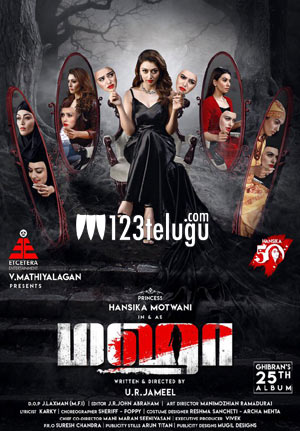 Young actress Hansika’s 50th movie had its formal announcement a couple of months ago. The film has been titled Maha. Touted as a supernatural thriller, the film is being directed by debutant UR Jameel and Etcetera Entertainment banner is bankrolling it.

According to the latest updates, Maha’s regular shoot has kick-started this morning in Chennai. On this occasion, the makers unveiled a couple of interesting posters to give a hint about Hansika’s character in the film. Maha is a female-centric movie, and it will have a simultaneous release in Telugu sometime next year.