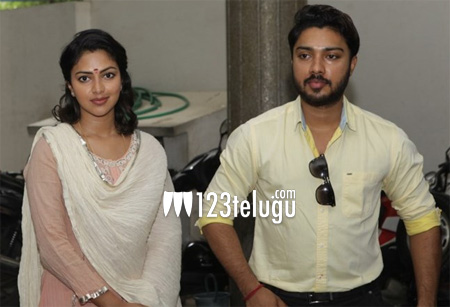 Popular young heroine Amala Paul’s brother Abijith Paul is all set to turn hero in a film to be directed by Vijay Sri and produced by Kalaiselvan on Kalai Cinema banner.

Abijith had earlier acted in a few films, but mostly played supporting roles. This film is going to be a Tamil-Hindi bilingual, and the makers are planning to rope in Bollywood actress Urvashi Rautela as the film’s leading lady.

Interestingly, this film, touted to be a thriller, will have no interval or songs.