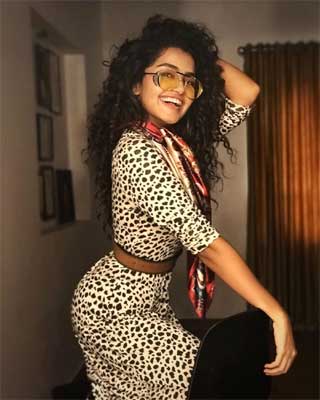 Young Malayalam actress Anupama Parameswaran now has 7 million followers on Instagram. The talented beauty is one of the very few actresses to amass such a huge number of fans on the popular photo sharing platform. She posted a cool new picture to thank her 7 million family.

On the films front, Anupama was last seen in the role of a teacher in the 2019 suspense thriller, Rakshasudu, which also starred Bellamkonda Sreenivas. She will kick-start Nikhil-starrer Karthikeya 2 once the shootings resume. She also has a film each in Tamil and Malayalam film industries.