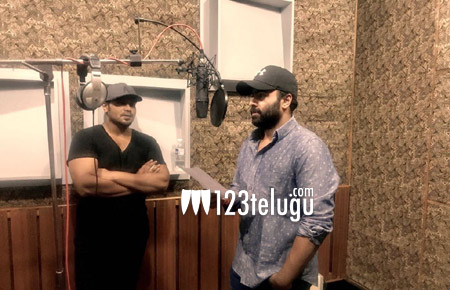 Manchu Manoj’s upcoming film based on the LTTE ethnic conflict, Okkadu Migiladu, is gearing up for a grand release on November 10. In the film, Manoj will be seen in dual roles – as LTTE Chief Velupillai Prabhakaran in the war-torn Sri Lanka and a college student in India.

According to the latest updates from the makers, young hero Nara Rohith has given voice-over for the movie. Nara Rohith is popular in the industry for his base voice and his voice-over will be something to watch out for in an intense war drama like Okkadu Migiladu.

Debutant Ajay Andrews Nuthakki has directed this movie and also played a crucial role in it. The film stars Anisha Ambrose as the female lead. SN Reddy and Lakshmikanth have jointly produced the movie.