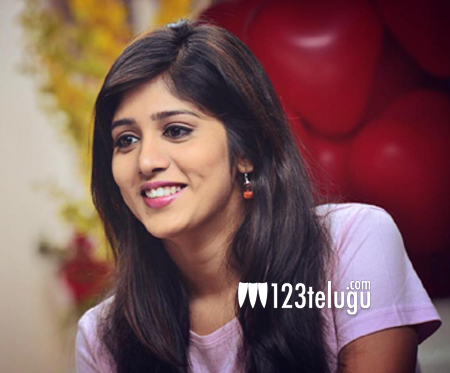 After gaining a huge popularity on YouTube for numerous short films, young actress Chandini Chowdary made her silver screen debut with the recently released kidnap drama, Ketugadu. The film garnered modest response from audiences and Chandini was appreciated for her work.

As per the latest buzz, Chandini will be seen in a special cameo in Mahesh Babu’s upcoming family entertainer, Brahmotsavam. Recently, the actress shot for a special song with Mahesh Babu. Apart from Brahmotsavm, Chandini has yet another film ready for release, Kundanapu Bomma, directed by Mullapudi Vara.